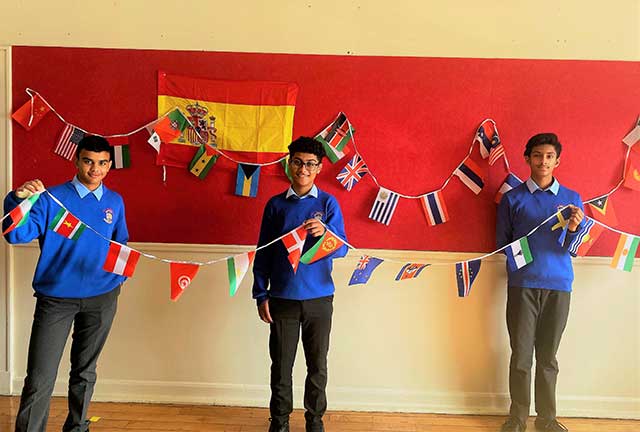 At the CBS, we are lucky enough to have a great diversity in language and cultures in our school community. Over the next few days, we will recognise and celebrate all languages in our school with the European Day of Languages. EDL is a day of celebration across Europe. It is the day that all member states promote awareness among citizens of the importance of learning other languages and understanding other cultures.

The European Day of Languages has been celebrated every year since 2001 on the 26th September so this year we are celebrating 20 years of linguistic diversity.

800 million of Europeans are encouraged to learn more languages, at any age, at school or out of school because learning a different language is understanding a different culture. From surveys across the school, the following were recognised as languages spoke by the students themselves or within their homes: Irish, English, French, Spanish, Polish, Croatian, Cant, Lithuanian, Latvian, Czech, German, Slovak, Portuguese, Hindi, Thai and Malayalam. Students are working in groups to research fun facts and basic phrases in each language and present them to the rest of the school community in daily announcements and posters around the school. A quiz will also be held to celebrate the day. Many thanks to all students for participating, and to the Modern Foreign Languages Department for organising.