On Thursday 19th January Minister for Education Norma Foley visited CBS Roscommon Secondary School. The Minister, accompanied by Senators Eugene Murphy and Aisling Dolan, was visiting schools in Roscommon that had recently been selected to receive state investment. In CBS Roscommon this will take the form of an extension to the ASD Centre and the provision of specialist subject rooms.

It was a privilege to welcome a stalwart member of our Government to the CBS. Principal Kevin Scollan and Deputy Principal Francis Ferguson, along with Head Boy Ethan O’ Reilly and Deputy Head Boy Scott Lawrence, were present to receive Minister Foley as she arrived. There were also members of the Board of Management, the Parents Association and the Student Council present for her arrival. She greeted each member of the Student Council individually and spoke with them about the importance of representing their peers on the Council and praised their commitment to the improvement of school life.

Principal Kevin Scollan facilitated a tour of the school for the Minister and the Senators where they viewed the facilities, including the ASD Centre. Minister Foley held high praise and recognition for the work done in our ASD Centre by both staff and students to provide inclusive education. They visited classrooms and specialist classrooms such as our Woodwork room which has recently been refurbished Minister Foley took a few moments to talk to some of the Leaving Certificate students and wish them the very best in their upcoming exams. She also visited a 1st year class in the midst of a history lesson and was impressed by their knowledge, much to the delight of the students.

Before her departure she was presented with a piece of art work by local artist Rita Oates titled ‘Layers of Understanding’ as a token to mark this momentous occasion at CBS Roscommon. 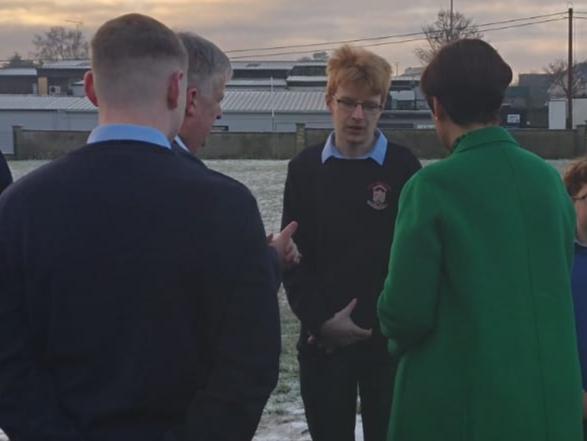 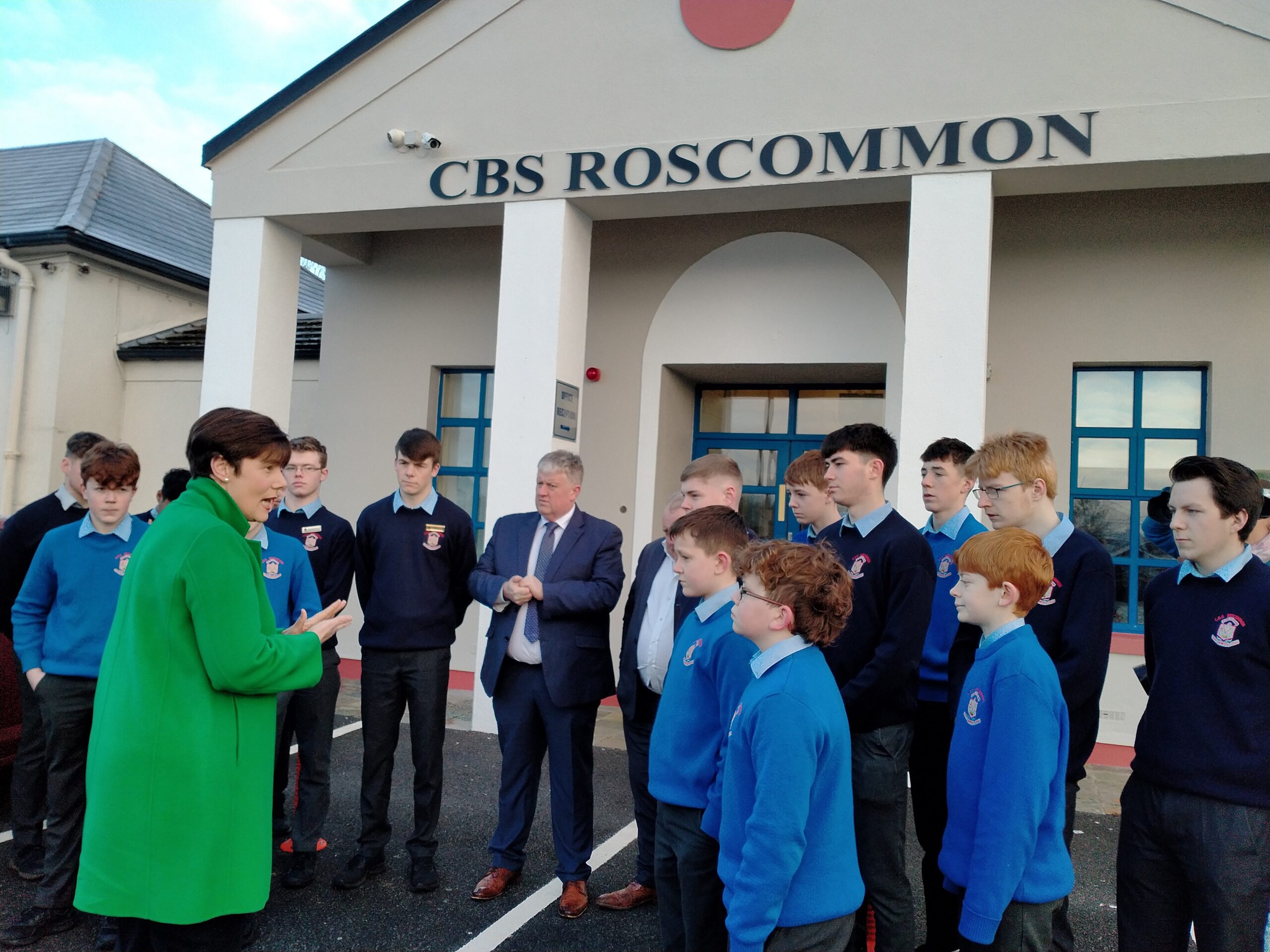 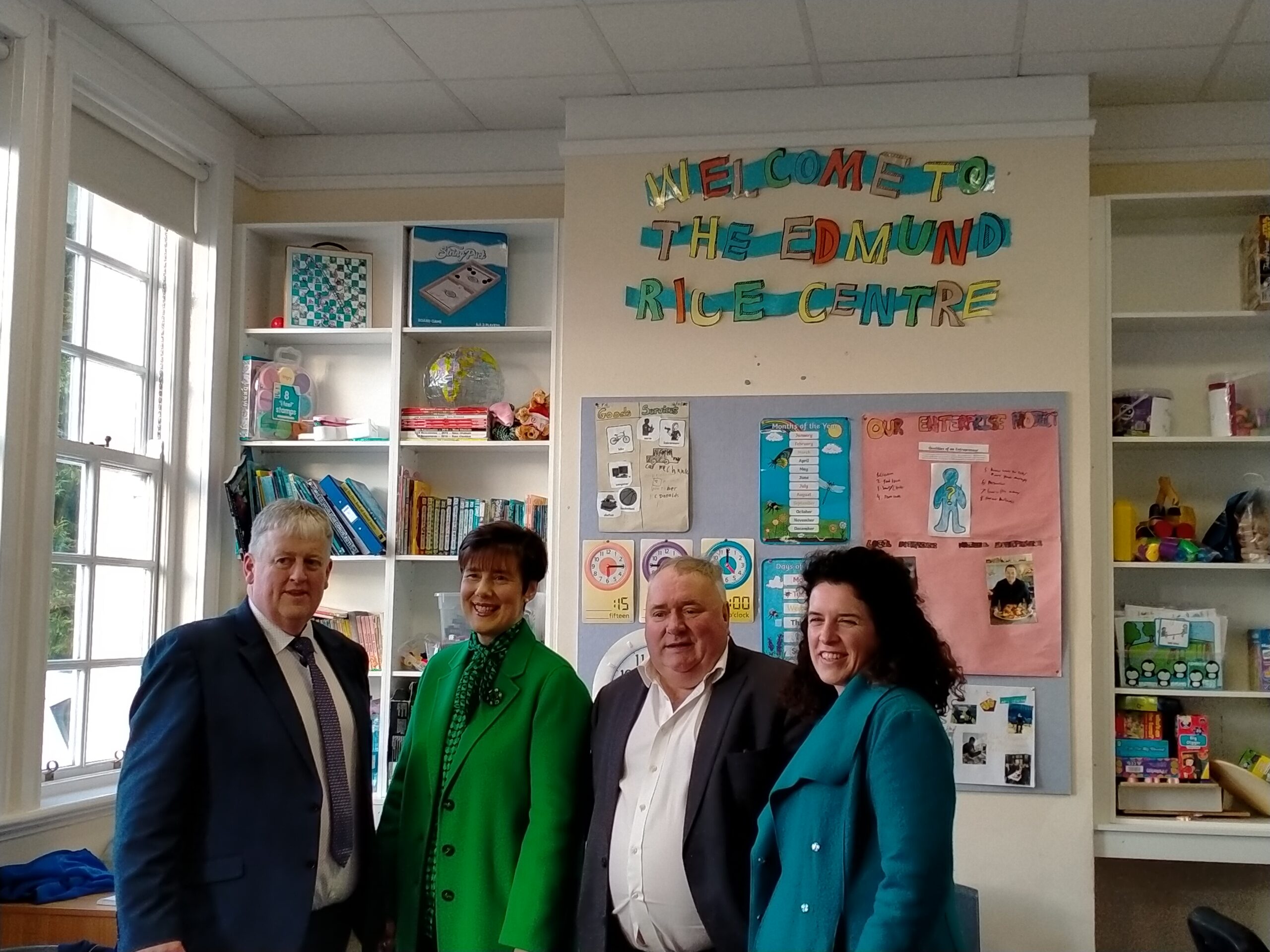 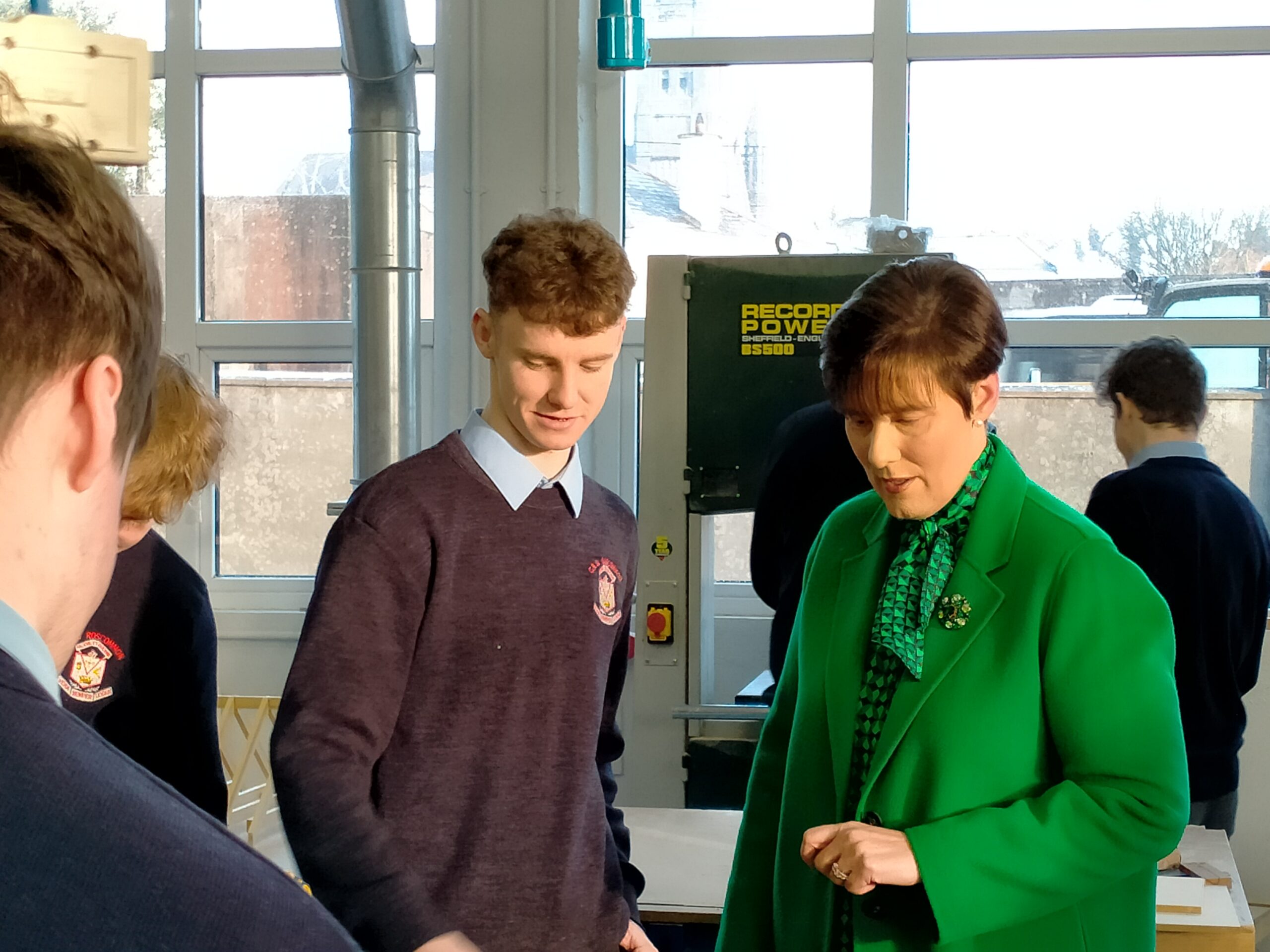 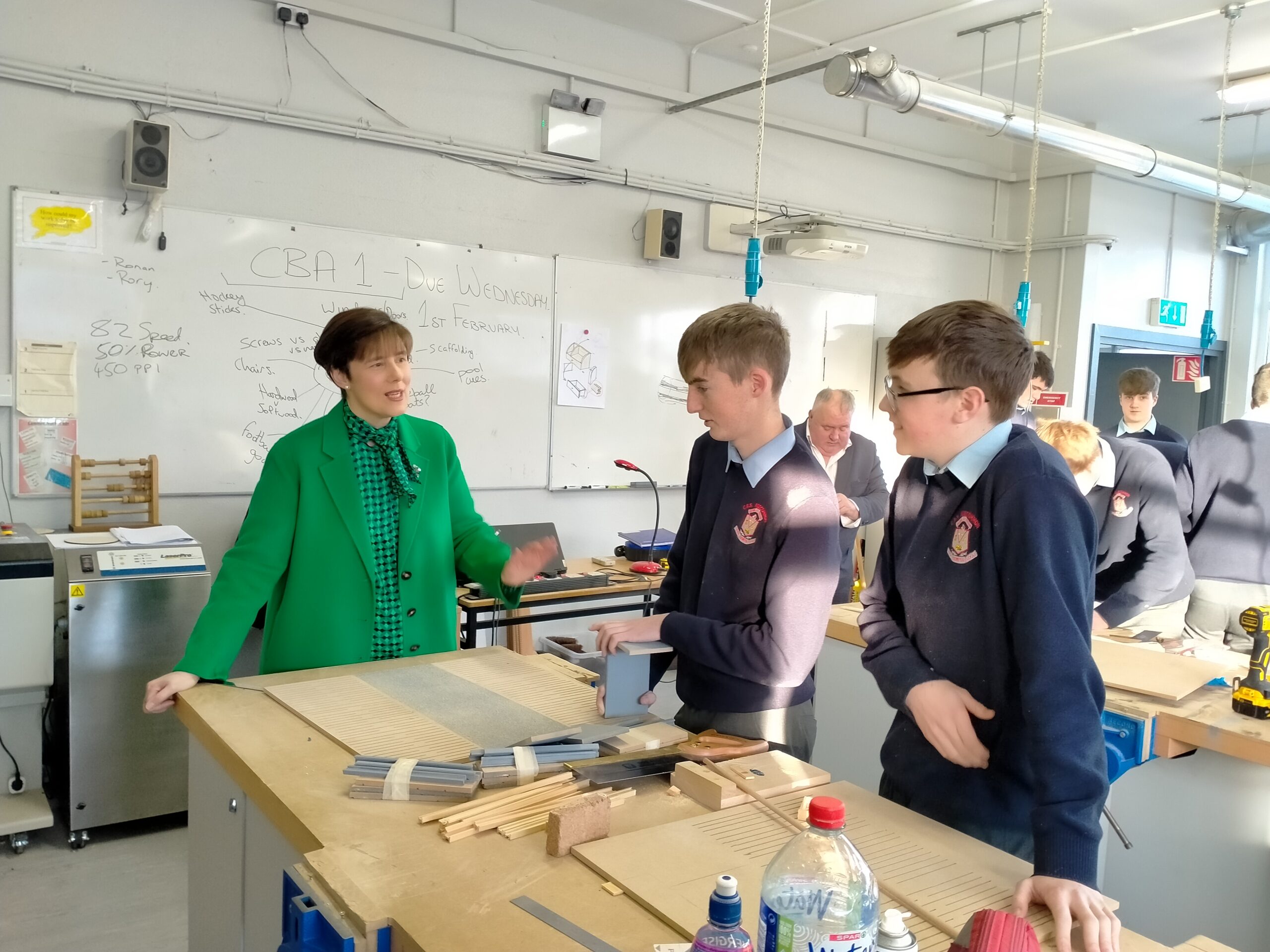 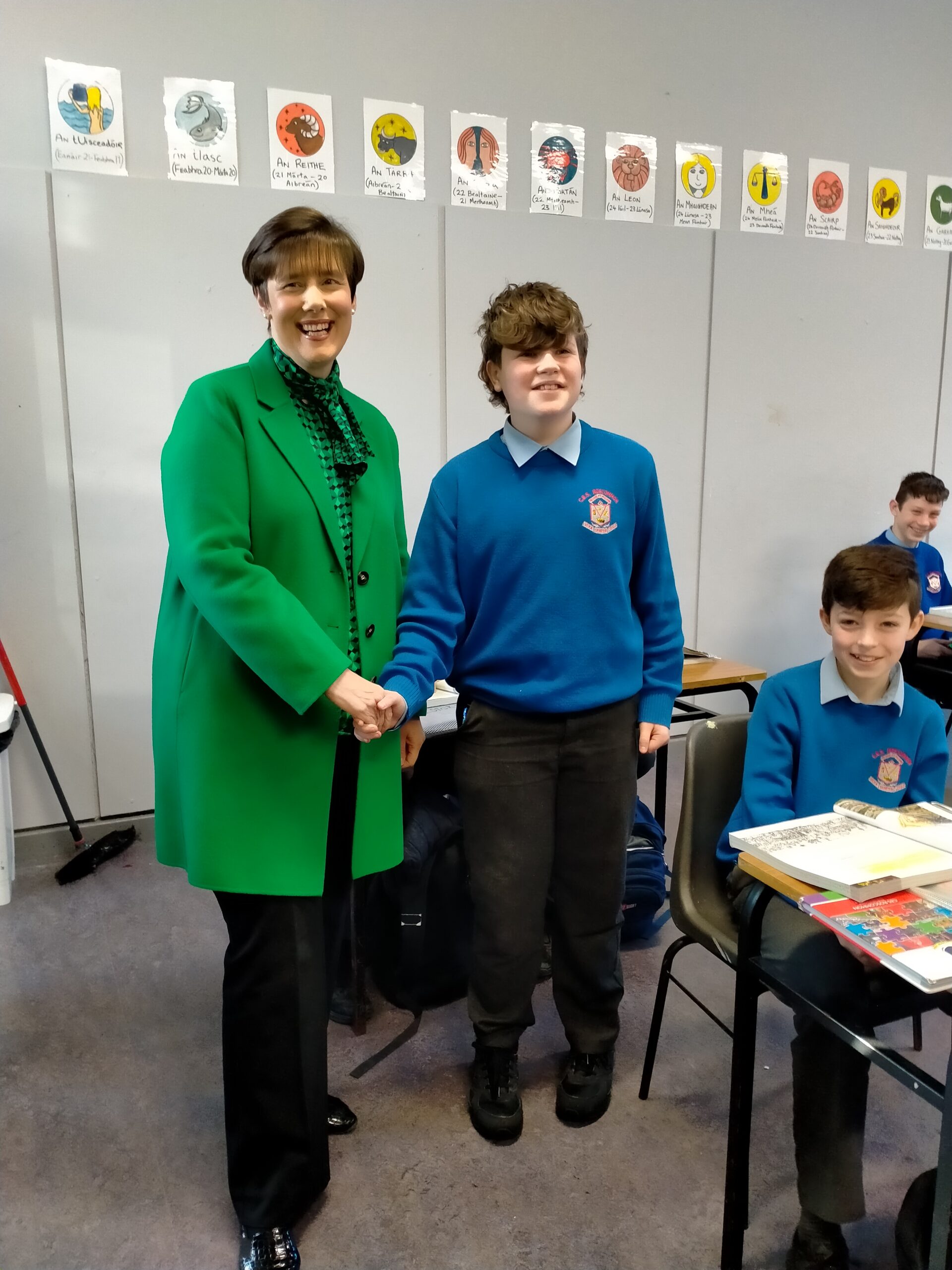 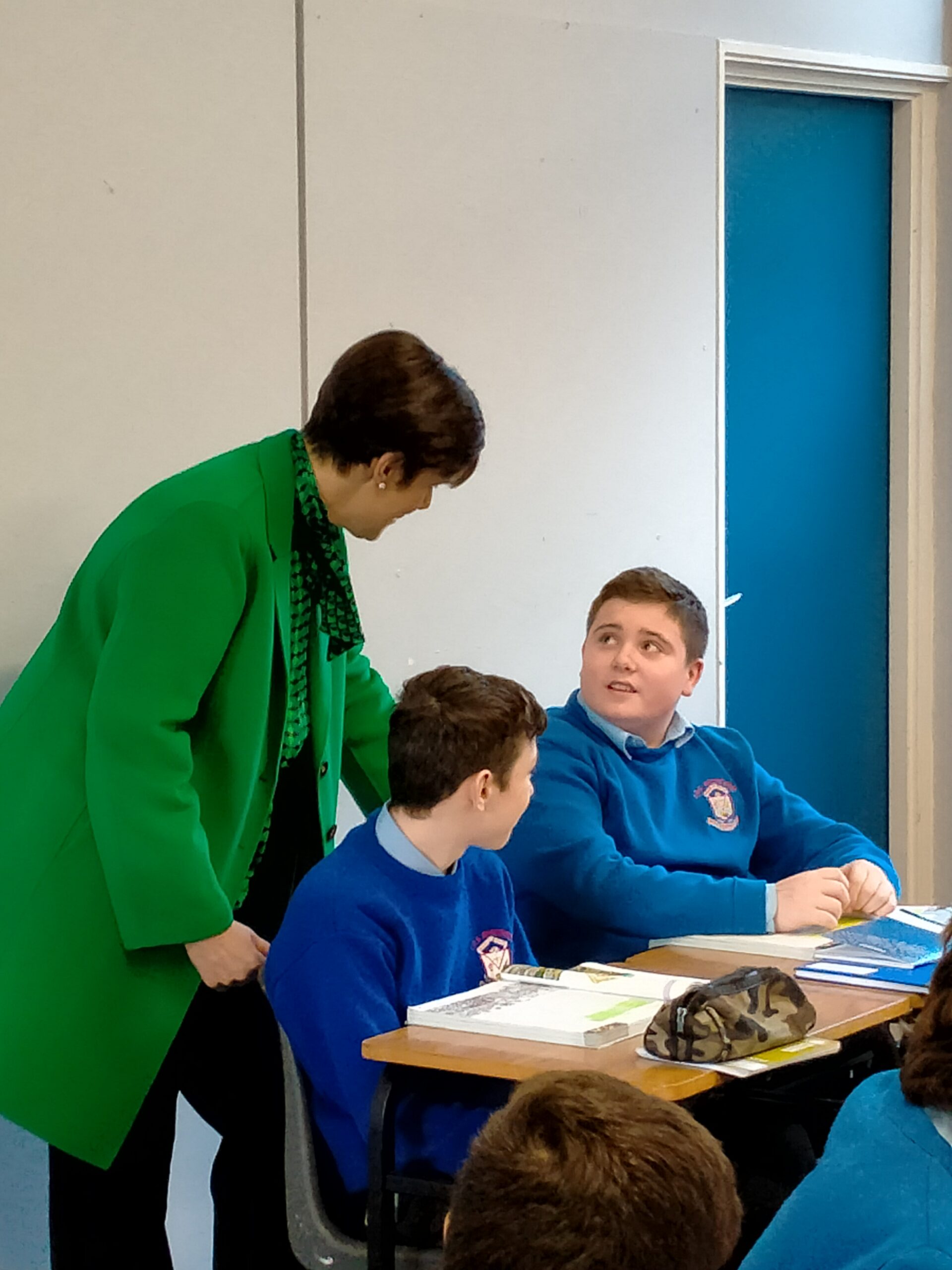 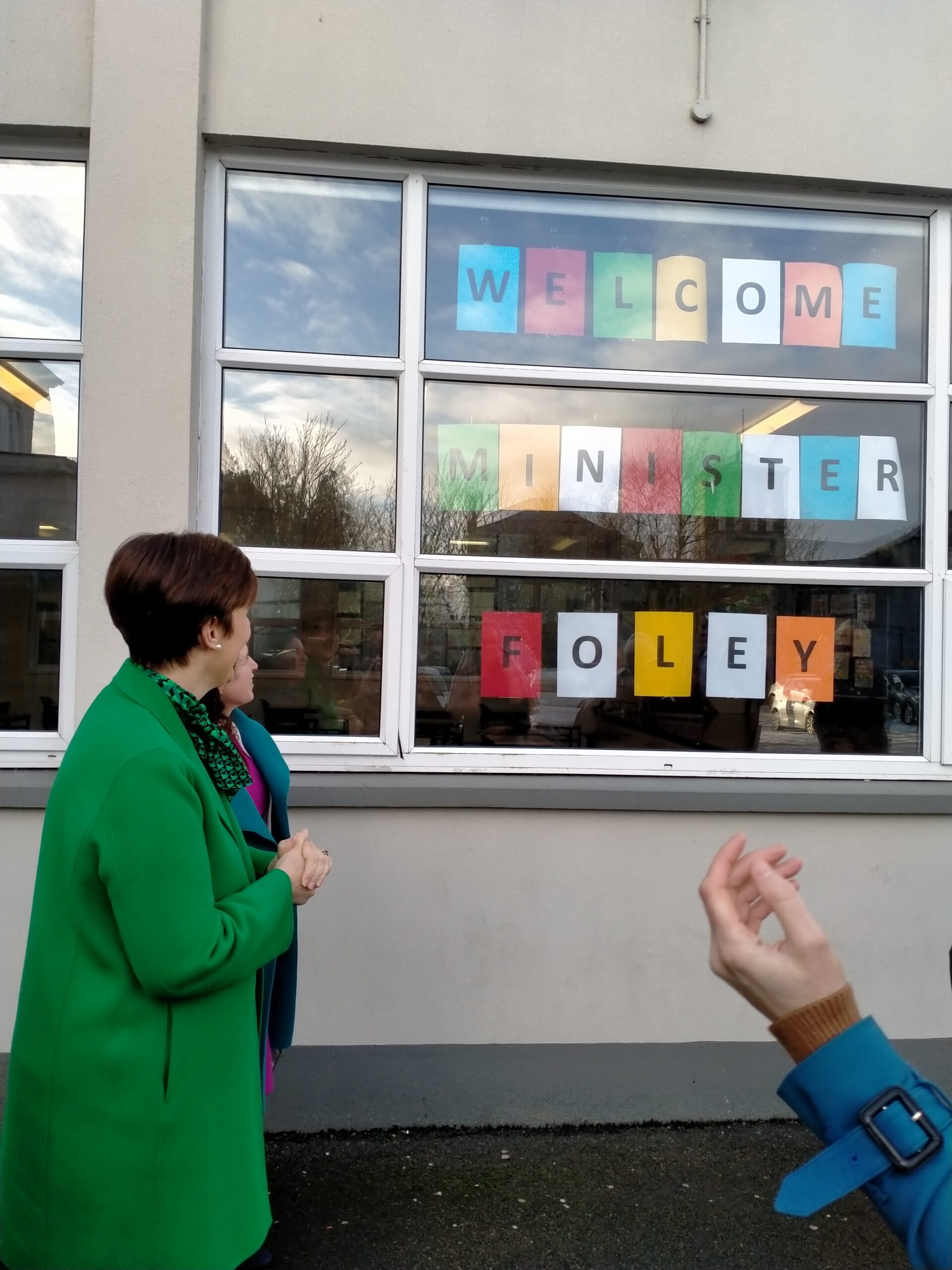